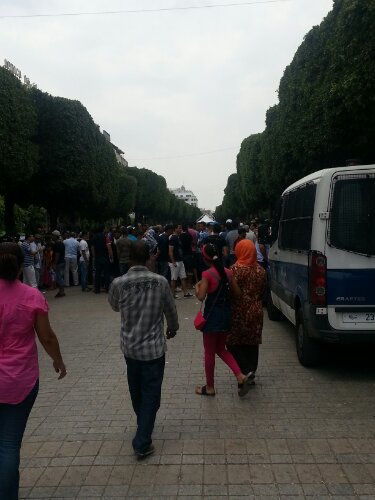 Protest near “November 7 Square”, Tunis. While liberal Tunisians remain concerned over the government’s often heavy-handed behaviour, huge improvements have been made. Public protest is tolerated, in stark constrast to the Ben Ali regime. NGOs are not only allowed registration but increasingly active in civil society. And the internet is more free, although concerns remain over online surveillance and the impact of old unreformed laws.